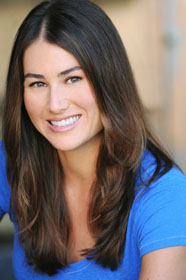 The poorest of the poor always look for opportunities anywhere they can find them. Countries like Brazil have always struggled with poverty and experienced some of the most unlikely displays of hope as filmmaker Kelly J. Richardson discovered. In the director’s statement Kelly wrote that, “(She) came to this project through a deep personal connection with performance art. In 2006, after years of physical training in gymnastics, dance and theater, I moved to Salvador, Brazil, where I began training and performing with a local circus. The circus I joined incorporated various components including a social project which targeted children and teenagers living in the nearby slums, which were deemed “at-risk” for getting involved with the drug trade and other crime.”

Kelly’s film “Without A Net” is set in the favelas of Rio de Janeiro. The film presents an alternative to the future so many poor Brazilians face. The press release describes the documentary this way. “For millions of people living in the slums of Rio de Janeiro, childhood is anything but stable. Schools are understaffed and chaotic. Streets are ruled by drug gangs. Opportunities for legitimate work are so limited—and the path into crime so alluring—that locals joke it is a miracle when a person lives to celebrate his thirtieth birthday. WITHOUT A NET is the moving portrait of four young people striving despite their tough circumstances in poverty-stricken Praça Onze, in the heart of Rio de Janeiro.  Their families are struggling, their homes are physically unstable and everyone they know has dropped out of school. These hardships have persisted in this area for generations, but today’s youth have one unusual opportunity their predecessors did not: a circus tent appears in a nearby dilapidated parking lot and offers them an alternative choice.”

I had an opportunity to converse online with Richardson:

Question: Tell us a little about your background before you turned to filmmaking.

I have been an athlete my whole life. I was a gymnast as a child, and I played many sports growing up, went to professional dance school in New York at age 20, was a competitive triathlete in college, and dabbled in theater and circus performance at various times during my childhood and into college. I hold a minor in Theater and Performance Studies from UC Berkeley. After college, I travelled to Brazil and started training at a circus in Bahia.

I came to this project through a deep personal connection with performance art. In 2006, after years of physical training in gymnastics, dance and theater, I moved to Salvador, Brazil, where I began training and performing with a local circus. The circus I joined incorporated various components including a social project, which targeted children and teenagers, living in the nearby slums, which were deemed “at-risk” for getting involved with the drug trade and other crime.

The training project provided the participants with teachers, a space to practice, and opportunities to perform. As our practice times regularly overlapped, I got to know the young performers and heard stories about their lives, rife with the typical dangers, and excitement of inner city poverty. Their tales were of close calls with the police and drug gangs, memories of incarcerated or deceased siblings, the manifold challenges of getting enough food to eat, clothes to wear and a safe enough place to sleep at night while constantly maintaining the street-wise appearance of ease. They spent long afternoons under the hot tent, striving to maintain balance on the tightrope and the trapeze, and they laughed about the inadequacies of the school system, the elusive nature of perception and reality, their complex social networks and the seductive appeal of the drug trade. I laughed with them as we sweated through our push-ups side-by-side, and the first sparks of the project that would become “Without A Net” began to flicker. 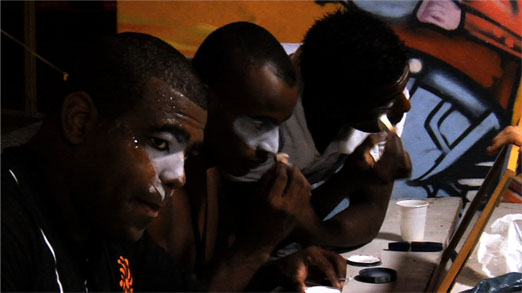 This film is character-driven and the four main characters are courageous, determined individuals whose stories offer viewers a chance to simultaneously be inspired by the performers and to reflect on issues of structural inequality and pervasive poverty. Woven through the film is the theme of living with no back-up plan, both in the social and economic sense as well as in the physical sense, yet the characters refuse to be paralyzed by their seemingly insurmountable obstacles, rather they embrace reality and courageously face their struggles head on.

Question: How did you make the switch to film?

My history with circus and with film are interwoven. When people ask me how I found the project, I say that the project found me. The stories I heard under the tent were mesmerizing and I felt that the parallels between risk, desire, poverty, and circus grew ever-stronger the more I explored them. I thought the stories needed to travel much further beyond their communities and I felt that film was the perfect  vehicle to make that happen.

I did my research, planned my project, then applied for a Fulbright grant to return to Brazil (this time to Rio) to make the film. I was awarded the grant, and then had almost a year to learn as much as I could about filmmaking.

Question: Is “Without A Net” a passion project?

I am passionate about the project and the characters in it are passionate people, so in that sense, yes. But it is also supported by many organizations, including Fulbright and various post-production film grants.

Question: How long did it take to make?

From start to finish, almost four years, but it was not continuous the entire time because we had to pause at several points to raise funds.

Question: Was it is easy or difficult to become part of that community?

In some ways: easy– the characters in “Without A Net” and I shared a love of circus, and we could build trust and relationships by practicing circus together. As Plato said, “You can learn more about a [person]in an hour of play than in a year of conversation”. I agree with Plato, so I decided to spend a lot of time, (especially at the beginning), getting to know the people in the circus through play. After they got to know me a little, they started to like me and began sharing jokes with me and allowing me to be a part of their lives. I became very close with some of them and continue to be in touch on a regular basis to this day.

In other ways, difficult– as I am a foreigner, and from a very different socio-economic reality, and I could never really be accepted into that community as one of them. Therefore, there were times when it was difficult for me to balance the need to be physically present (to be able to get the footage) with the concern for my own safety and theirs (because of the presence of the camera), with the concerns that come with expressing emotion (mine or theirs) about stories they told, along with all the other ethical concerns associated with working with children– especially children with big struggles, like the characters in “Without A Net”.

Question: What was most challenging?

In addition to my answer to question 6, it was very challenging to hear some really tough stories. Some characters in “Without A Net” have endured more than I could ever endure and hearing them recount some of their experiences was at once challenging and inspiring for me.

Question: What was unexpected?

Question: Did your film change along the way?

I think films always change in the edit. We had an idea of how it would go and yes, it changed many times along the way.

Question: What is next for you?

I have various ideas for the next film– possibly following a boxing champion in Sao Paulo as she gears up for the Olympics in Rio, possibly another project. I have a number of ideas in the hopper right now.

For showtimes and Tickets
http://withoutanetfilm.com/TRAILER.html