Trending
You are at:Home»Essay»Tarot Cards Provide Doorways to the Unconscious, and Maybe a Way to Predict the Future: Carl Jung
By admin on May 7, 2018 Essay

It is generally accepted that the standard deck of playing cards we use for everything from three-card monte to high-stakes Vegas poker evolved from the Tarot. “Like our modern cards,” writes Sallie Nichols, “the Tarot deck has four suits with ten ‘pip’ or numbered cards in each…. In the Tarot deck, each suit has four ‘court’ cards: King, Queen, Jack, and Knight.” The latter figure has “mysteriously disappeared from today’s playing cards,” though examples of Knight playing cards exist in the fossil record. The modern Jack is a survival of the Page cards in the Tarot. (See examples of Tarot court cards here from the 1910 Rider-Waite deck.) The similarities between the two types of decks are significant, yet no one but adepts seems to consider using their Gin Rummy cards to tell the future.
The eminent psychiatrist Carl Jung, however, might have done so. 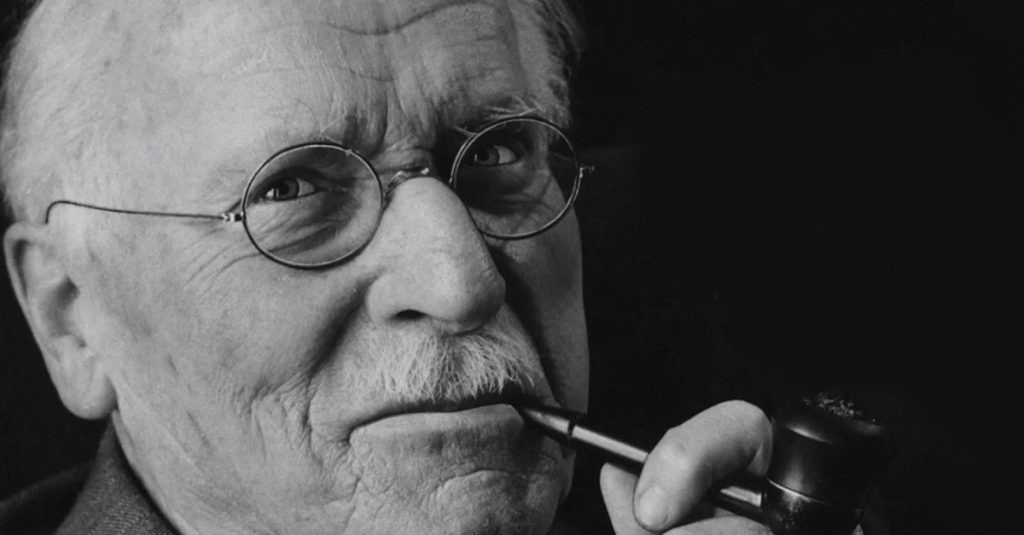 As Mary K. Greer explains, in a 1933 lecture Jung went on at length about his views on the Tarot, noting the late Medieval cards are “really the origin of our pack of cards, in which the red and the black symbolize the opposites, and the division of the four—clubs, spades, diamonds, and hearts—also belongs to the individual symbolism.

They are psychological images, symbols with which one plays, as the unconscious seems to play with its contents.” The cards, said Jung, “combine in certain ways, and the different combinations correspond to the playful development of mankind.” This, too, is how Tarot works—with the added dimension of “symbols, or pictures of symbolical situations.” The images—the hanged man, the tower, the sun—“are sort of archetypal ideas, of a differentiated nature.”

Thus far, Jung hasn’t said anything many orthodox Jungian psychologists would find disagreeable, but he goes even further and claims that, indeed, “we can predict the future, when we know how the present moment evolved from the past.” He called for “an intuitive method that has the purpose of understanding the flow of life, possibly even predicting future events, at all events lending itself to the reading of the conditions of the present moment.” He compared this process to the Chinese I Ching, and other such practices. As analyst Marie-Louise von Franz recounts in her book Psyche and Matter:
Jung suggested… having people engage in a divinatory procedure: throwing the I Ching, laying the Tarot cards, consulting the Mexican divination calendar, having a transit horoscope or a geometric reading done. 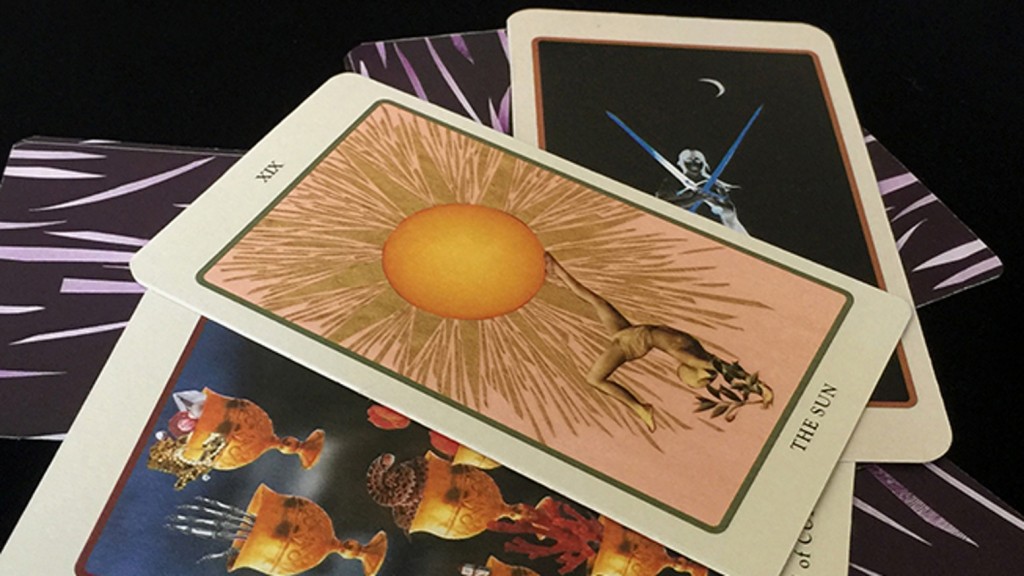 Content seemed to matter much less than form. Invoking the Swedenborgian doctrine of correspondences, Jung notes in his lecture, “man always felt the need of finding an access through the unconscious to the meaning of an actual condition, because there is a sort of correspondence or a likeness between the prevailing condition and the condition of the collective unconscious.”

What he aimed at through the use of divination was to accelerate the process of “individuation,” the move toward wholeness and integrity, by means of playful combinations of archetypes. As another mystical psychologist, Alejandro Jodorowsky, puts it, “the Tarot will teach you how to create a soul.” Jung perceived the Tarot, notes the blog Faena Aleph, “as an alchemical game,” which in his words, attempts “the union of opposites.” Like the I Ching, it “presents a rhythm of negative and positive, loss and gain, dark and light.” 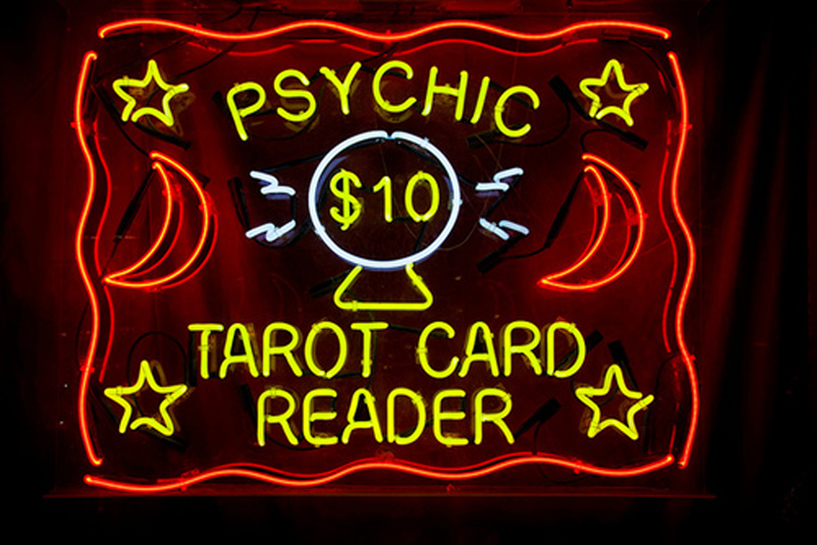 Much later in 1960, a year before his death, Jung seemed less sanguine about Tarot and the occult, or at least downplayed their mystical, divinatory power for language more suited to the laboratory, right down to the usual complaints about staffing and funding. As he wrote in a letter about his attempts to use these methods:
Under certain conditions it is possible to experiment with archetypes, as my ‘astrological experiment’ has shown. As a matter of fact we had begun such experiments at the C. G. Jung Institute in Zurich, using the historically known intuitive, i.e., synchronistic methods (astrology, geomancy, Tarot cards, and the I Ching). But we had too few co-workers and too little means, so we could not go on and had to stop.

Later interpreters of Jung doubted that his experiments with divination as an analytical technique would pass peer review. “To do more than ‘preach to the converted,’” wrote the authors of a 1998 article published in the Journal of Parapsychology, “this experiment or any other must be done with sufficient rigor that the larger scientific community would be satisfied with all aspects of the data taking, analysis of the data, and so forth.” Or, one could simply use Jungian methods to read the Tarot, the scientific community be damned.

As in Jung’s many other creative re-appropriations of mythical, alchemical, and religious symbolism, his interpretation of the Tarot inspired those with mystical leanings to undertake their own Jungian investigations into parapsychology and the occult. Inspired by Jung’s verbal descriptions of the Tarot’s major arcana, artist and mystic Robert Wang has created a Jungian Tarot deck, and an accompanying trilogy of books, The Jungian Tarot and its Archetypal Imagery, Tarot Psychology, and Perfect Tarot Divination.

You can see images of each of Wang’s cards here. His books purport to be exhaustive studies of Jung’s Tarot theory and practice, written in consultation with Jung scholars in New York and Zurich. Sallie Nichols’ Jung and Tarot: An Archetypal Journey is less voluminous and innovative—using the traditional, Pamela Coleman-Smith-illustrated, Rider-Waite deck rather than an updated original version. But for those willing to grant a relationship between systems of symbols and a collective unconscious, her book may provide some penetrating insights, if not a recipe for predicting the future.