Trending
You are at:Home»Movies»‘The Dark Tower’: How the film adaptation will end Stephen King’s saga
By admin on August 1, 2017 Movies

Director Nikolaj Arcel explains how his film adaptation is actually a sequel to the books (and what that means for the future of a planned franchise).

For fans of Stephen King’s eight-book magnum opus, “The Dark Tower,” the long-awaited feature film version of the epic story promises something the novels were never able to provide: true closure.

Last year, director Nikolaj Arcel confirmed to Entertainment Weekly that his film was designed to function as a sequel to the original book series, which chronicles the journey of gunslinger Roland Deschain (Idris Elba) and his young companion Jake Chambers (newcomer Tom Taylor) as they bond together to take down the evil sorcerer The Man in Black (Matthew McConaughey), hellbent on destroying the eponymous Dark Tower, which holds together the known universe against dark forces. 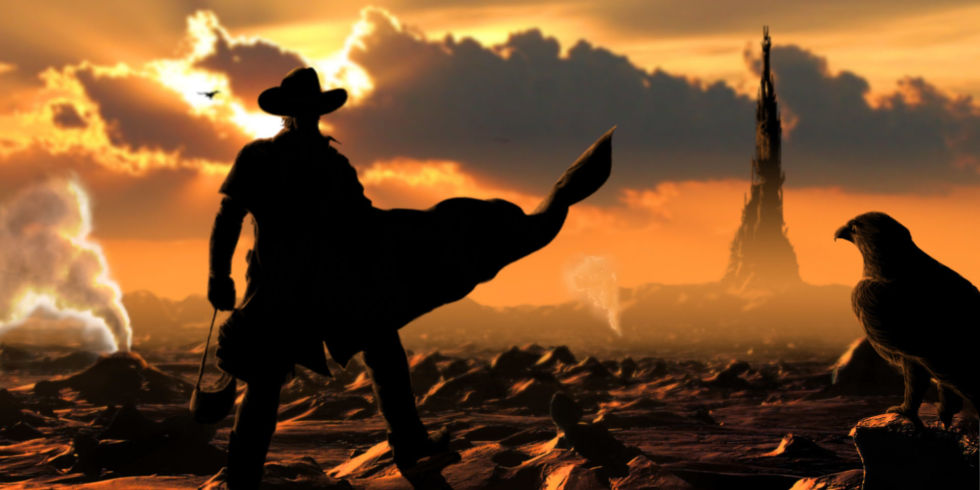 While the books follow the pair (along with a slew of companions) as they battle to save the universe, they end on a downbeat note: with the revelation that Roland’s quest has unspooled many, many times before, and while he thinks he’s finally defeated The Man in Black, his Sisyphean journey is not over (again, it’s all very cyclical and upsetting). But there is hope, as Roland now possesses the fabled Horn of Eld, and it is believed that, should he use the horn on his next battle with The Man in Black, he will finally be successful.

The implication was clear: the film version of “The Dark Tower” would follow the same story, with a new twist. In essence, a sequel, but one able to tell a familiar story because of the unique narrative structure of King’s original novels. (As Arcel also explained to IndieWire, the long-planned television series will be “totally canon” and will follow the early days of Elba’s character, as mostly told in the fourth book, “Wizard and Glass.”)

In practice, that twist comes care of the frequent — but decidedly understated — appearance of the Horn of Eld, which Elba’s Roland carries in his bag. It’s hardly blink-and-you’ll-miss-it, but it’s a major hint to book fans eager for confirmation that the film really is a sequel to the stories King first started writing back in 1982.

“The über-fans are going to notice that,” Arcel said. “What King does, is he makes everything go full circle, and the characters sort of have to go back to the beginning and start over. But the interesting thing is, now we are allowed to tell that last journey, with King’s blessing and his involvement. What is Roland’s last journey through this adventure?”

He added, “You have to figure out, what is different? what is the same? how does the Gunslinger progress throughout maybe more movies, what happens to him that it becomes the right path? That’s the interesting thing.”

A long-time fan of the series himself — Arcel first got into “The Dark Tower” when he was just a teenager, and has read each book multiple times — the filmmaker felt emboldened to tell this spin on the story though King’s own excitement and encouragement, no small feat considering the writer’s infamously contentious relationship with other film adaptations of his work (including “The Shining”).

“He was so nice and so supportive, from the moment I got the job,” Arcel said. “He made me feel like an immediate collaborator. He was like, ‘Okay, Nik, what are we gonna do? Let’s talk this out.’ He just made me feel welcome and safe from the get-go.”

Arcel’s film offers a new perspective for the story, as it’s told primarily through the experience of Jake, an outsider thrust into a world and a battle he doesn’t quite understand. Arcel credits screenwriter and producer Akiva Goldsman for the structure, which he hopes will allow both long-time fans and newbies to digest the film in a fresh way. 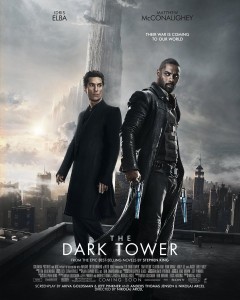 “That was his big thing,” Arcel said. “He’d worked on the script for some years, and he’d done various versions. I’ve read some of these earlier drafts, and it was always fascinating to see the process of, ‘how do you adapt an unadaptable series into  a film?’ Eventually, he came to the conclusion of, ‘okay, let’s make this lean and tight, let’s start with Jake, let’s be very personable about Jake’s journey, and then he meets Roland.’ And Roland and Walter and Jake are the characters in this film, basically. That was the script that I read when I got onboard, and I immediately felt, ‘if you’re gonna do a first movie in this series, this is the way to do it.’”

While Arcel is excited about the possibilities of the planned TV series, he is also some big ideas about what the movie franchise can do when it comes to telling its own unique story.

“The best way to continue the series, if we are lucky enough to continue, would be with what is actually book two, because now the other characters start coming into the story,” Arcel said. “They start gathering the band of heroes. This is really only trying to encompass novel one, with elements from some of the other novels.”

While Arcel was reticent to provide too much in the way of details for possible sequels, he did share that any subsequent films would center on the addition of characters like Susannah, Eddie, Oy. “The gathering of the group, the ka-tet, the band of heroes, it’s going to expand, and the mission to find the tower is going to get implemented,” he said.