Trending
You are at:Home»Fashion»Science and Fashion Merge to Create a Bra That Defies Gravity
By admin on February 16, 2016 Fashion

The idea stemmed from a nickname one of Dr. Eichenberg’s patients gave him. He had just started his practice in 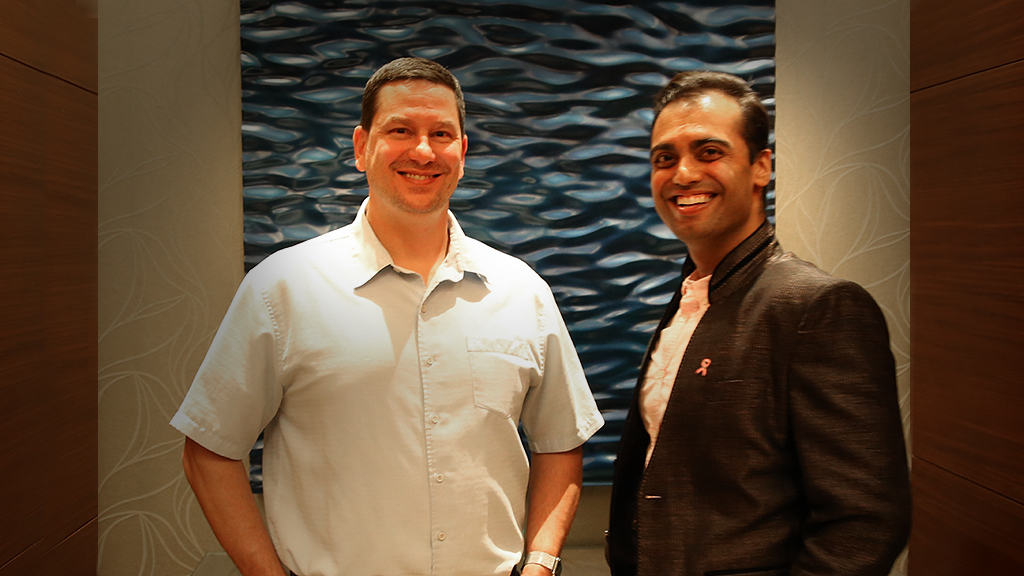 Temecula, a horse town, when Robert Redford’s movie “The Horse Whisperer” premiered. He performed a breast augmentation and his patient told him that he was like the horse whisperer but with breasts. “I thought it was hilarious and I went and told my staff, ‘Hey, I’m the Breast Whisperer,’” said Dr. Eichenberg. He laughed and continued with, “It was a joke at first, but then it stuck and kept going.” Soon after he trademarked the name and decided to apply it to an idea he had for a night time bra that would slow down the effects of gravity.

Dr. Eichenberg’s ideas were soon to be realized. One evening he was having drinks with a friend and explaining his idea. Dr. Eichenberg said his friend replied with, “Wow, my good friend makes hooker bras and panties.” Actually, fashion designer Chakraborty was designing for Fredrick’s of Hollywood, but this line became a hilarious ice breaker into what would become a business adventure and lifetime friendship between Chakraborty, Dr. Eichenberg, and his wife Dr. Debbie Eichenberg. “We partner well because of our sense of humanity, and neither of us have any crazy arrogance or attitude or any sort of feeling that we’re the best. What we know and what we learn, we share. That’s one of the main reasons I connected with him on a personal level,” said Chakraborty.

What makes this bra unique? Dr. Eichenberg explained, “A lot of women don’t wear bras at night because they’re not comfortable, but gravity keeps working at night… If we have a comfortable bra to wear at night it would keep everything in place and women’s breasts would age slower. For me, it’s a women’s health issue.” 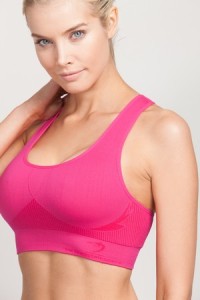 The bra looks similar to a sport’s bra, but unlike a sports bra whose function is to compress, this bra is comfortable. Chakraborty said, “It looks like a sports bra, so it’s relatable.” But that’s where the similarities end. The Breast Whisperer is seamless and contains no underwire. “The more seams you have the more pressure you have… We wanted it to be comfortable like a second skin,” explains Chakraborty.

They were able to accomplish this with a revolutionary technique using only fabric. “See the ridges, the vertical lines? Those lines were created with seamless technology… It supports you like an underwire bra, but only using fabric,” explains Chakraborty. His brilliant, revolutionary design gives support, but is very comfortable.

Besides being very comfortable, the fabric is breathable and stretchable and can even be worn by lactating woman to keep their breasts from sagging. The extra lining will hide leakages and the bra can be lifted up comfortably to nurse.

Another usage of the bra is a very personal one to both Dr. Eichenberg and Chakraborty. They designed the bra 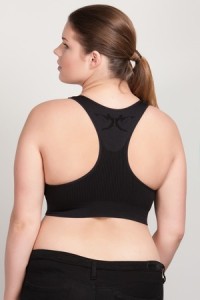 with a pocket for prosthetics for women who have had a mastectomy.

Chakraborty’s Aunt, who was like a second Mom to him died of breast cancer. He said, “I had been trying to find closure. Trying to find a way I can do something to make me feel good and honor my Aunt when the Breast Whisper came along,”

She survived and Dr. Eichenberg became an advocate for woman with breast cancer, “If someone even thinks they have breast cancer, I sit them down and tell them my story and my wife’s story. I explain what’s happening and what will happen, and I call the doctors for them and set up the appointments. If you haven’t been in that position, it’s really overwhelming. They need an advocate to help them and we like doing that. I think that’s part of my duty as a doctor, and as someone who has personal experience with breast cancer to help people like that,” said Dr. Eichenberg.

Not only is the Breast Whisperer a perfect solution for breast health and wellness, a portion of the sales are donated towards survivors and breast cancer research. A product that defies gravity and is philanthropic; It’s amazing what can happen when a designer and a doctor collaborate, a true dynamic duo.

Ankur Chakraborty President at LOLLY CLOTHING and Director for their Private Label department.