By/Por Jenna McLaughlin –The Intercept- LWR
Hillary Clinton twice this week has insisted, contrary to the facts, that former NSA contractor Edward Snowden could have accomplished his goals and avoided punishment if he’d raised his concerns through the proper channels.
Clinton first made that assertion at Tuesday night’s Democratic presidential debate, and again at a town hall meeting in New Hampshire on Friday. 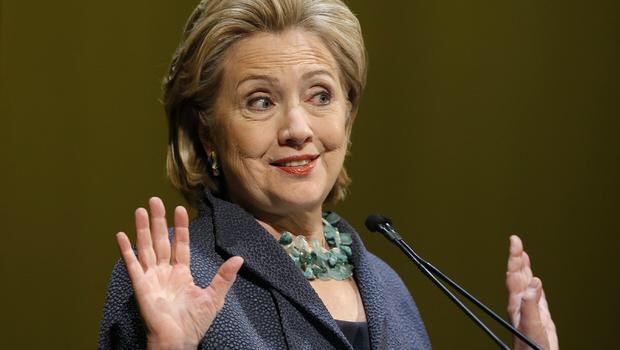 “I firmly believe that he could have gone public and released the information about the collection of information on Americans under whistleblower protections, and he could have done it within the tradition in our country that shields people that come forth acting out of conscience to present information that they believe the public should have,” she said on Friday.
Snowden was asked about Clinton’s comments in an appearance, by videolink from Moscow, at a Bard College privacy symposium Friday afternoon.
Snowden said her statement was “false” and he decried “a lack of political courage.”
“Truth should matter in politics, and courage should matter in politics,” he said.
During Tuesday’s debate, Clinton said Snowden “could have been a whistleblower. He could have gotten all of the protections of being a whistleblower. He could have raised all the issues that he has raised. And I think there would have been a positive response to that.” (She also innacurately claimed that the Snowden files had “fallen into a lot of the wrong hands.”)
But media outlets and advocates quickly noted that Snowden was not in fact entitled to whistleblower protections, which do not apply to contractors.
Snowden has also maintained that he did try going through established channels, to no avail. And the official response to his leaks strongly suggests that no one in his chain of command was interested in letting his concerns reach the public.
“Hilary Clinton is wrong and misinformed,” said Anna Myers, the executive director of the Government Accountability Project, in an e-mail to the Intercept. “No NSA whistleblower had been listened to in 13 years of trying. It is disingenuous for any informed current, or past, public official dealing with such matters to assert that whistleblowers in national security had a way to safely report their concerns about illegal and overreaching surveillance through official channels.”
Politifact rated Clinton’s claim as “mostly false”.
Snowden on Friday noted that his fellow NSA whistleblower, Thomas Drake, tried to go through channels, but wasn’t heard until he approached a reporter. “He used the traditional whistleblowing process,” Snowden said. And in the end “they prosecuted him for a number of years.”
Snowden had earlier tweeted that he was “sad to see Hillary repeat a false claim despite fact check. She could develop a reputation.”
Even so, Snowden said the fact that none of the candidates at the Democratic debate called him a traitor was a positive sign. “Many candidates wanted to prosecute me. But I would actually argue that [the debate was]an extraordinary leap forward in terms of recognition by the establishment that the actions of 2013 were not so harmful as originally claimed.”
Contact the author:
Jenna McLaughlin
✉jenna.mclaughlin@​theintercept.com
t@JennaMC_Laugh