Trending
You are at:Home»Feature Story»On the set of American Horror Story with Naomi Grossman/Pepper
By Leah Bergman on November 2, 2013 Feature Story

Horror shows scare me.  You can imagine what went through my head when I found out where “America’s Horror Story” 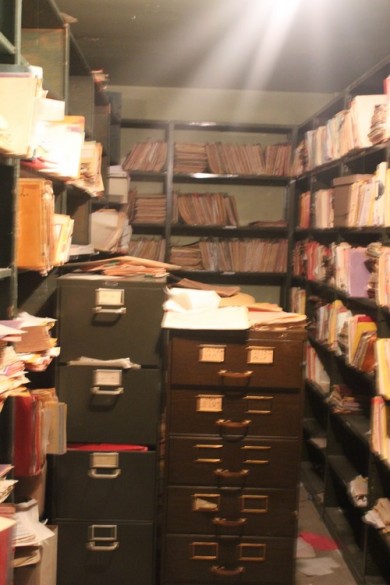 DVD/Blu-ray launch party was being held—in an abandoned asylum.

The hospital and insane asylum in Boyle Heights are well known for being haunted, and have been part of paranormal investigations for years.  In fact, when I was touring the facility, a paranormal expert showed me a video he had taken of a very tall (possibly 7 foot) shadow-man walking across the creepy hallway in which I was standing.  It is rumored that this shadow-man is a doctor that was murdered some years back in the hospital.

The shadow-man is not the only reason people are afraid of this hospital.  Decades ago when the hospital was fully functioning, people were afraid to enter because they felt once you did you would not come out alive.  Maybe this was due to the smell of rotting bodies as there were not enough places to store them. 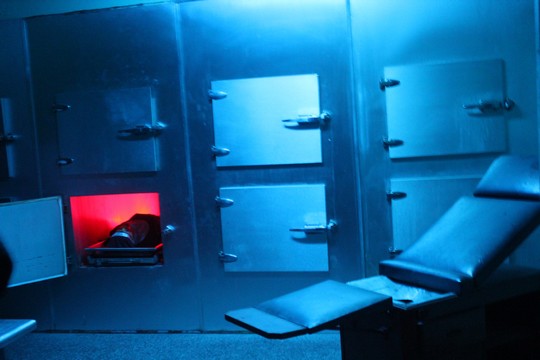 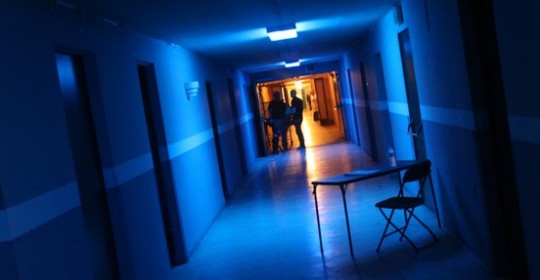 Whatever the reason that made people afraid, I was certainly scared as they took me to tour this abandoned asylum in the dead of

night in pitch darkness. We walked through creepy hallways, boiler rooms, the morgue, and the file room which had real patient files.   I was just glad I was not part of the group who Fox Entertainment challenged to spend the night.

I was wandering down one darkened hallway when I met Naomi Grossman who plays “Pepper” in Season 2: Asylum.  Grossman is an effervescent, Argentine woman that lights up a room with her quick wit and beaming smile. I stood in amazement that this comedic soul was so adept at transforming herself into this monstrous creature in the series.

“Pepper is the first dramatic role that I ever auditioned for,” admits Grossman.  She tells of her start as a comedian and how she was influenced by comedic legends such as Carol Burnett.   “I was at the Groundlings Comedy Theatre in Los Angeles for a long time.” 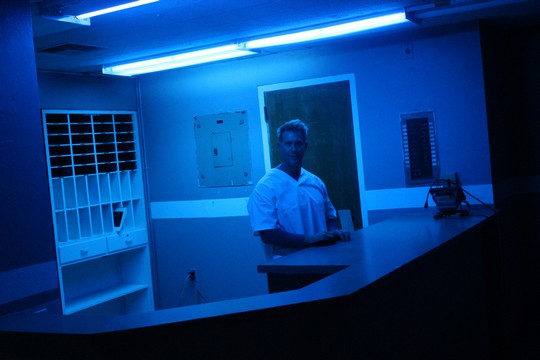 Before her role as Pepper, Grossman wrote and starred in a one-woman show entitled “Girl in Argentine Landscape,” that tells of a girl’s coming of age.  Grossman’s father is from Argentina and she moved there during high school.  Grossman said, “My heart is there.”

Not only is she funny, she is brave.  “They shaved my head for this role,” Grossman said as I admired her pixie cut.  She said it did not upset her or scare her.  She did admit to being scared of snakes and falling down that long staircase they filmed on.  She also said she was not afraid to be on set in this abandoned asylum.

Maybe she is not afraid, but I was certainly not willing to spend more time than I had to in this creepy place.  That being said, I will admit that it was a fun evening and I’m glad I went.

Powered by Cincopa Media Platform for your website and Cincopa MediaSend for file transfer.
©2013 Leah Bergman